Just a few blocks northeast of the University Park Campus, a 120-year-old house, once boarded up, now shines with freshly painted murals that bring a little vibrancy to Trojans’ commute. The front features a vivid image of multicolored hands releasing a bird into the air, and a simple greeting adorns the mural’s bottom-left corner: “Welcome to the Peace Garden.” 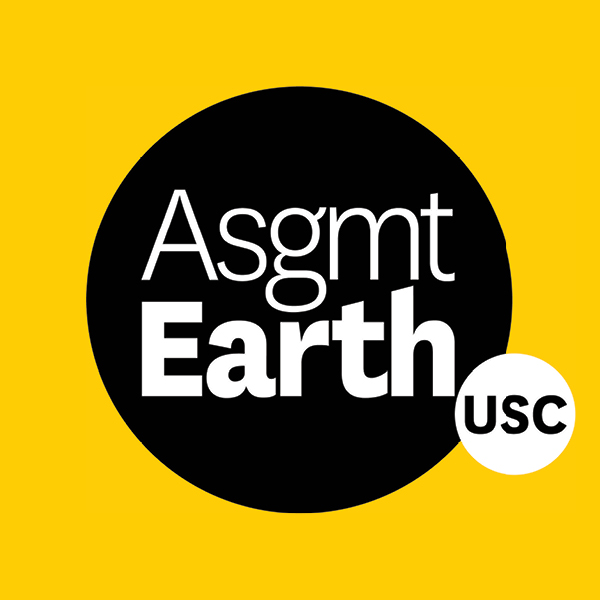 Around the back of the house, another full mural of the California landscape stretches down the wall to cover the stairs. Mountains, rolling hills and clear skies sprawl across the back porch, with a sprinkling of bears, mountain lions, squirrels and other animals found across the state. The backyard houses several raised garden beds filled with vegetables and other native plants.

The mural and garden are part of the University Park Peace Garden Project, launched by the USC Mrs. T.H. Chan Division of Occupational Science and Occupational Therapy this past March to create “a flourishing urban garden in which educational, research and health programming can serve community needs.”

“Coming here is a breath of fresh air,” said muralist Daniella Leon, a junior in both the USC Dornsife College of Letters, Arts and Sciences and the USC Roski School of Art and Design. “Los Angeles is so crowded and fast-paced that just having a space to ground yourself is really important.”

Peace Garden provides a space to relax and learn

The project launched in March with funding from USC Chan’s recent Responding to Society’s Post-pandemic Occupational Needs (ReSPONs) initiative. The unoccupied house is managed by USC Real Estate and Asset Management, which has no plans to occupy it or develop it at this time.

Camille Dieterle, an associate professor of clinical occupational therapy at USC Chan, is leading the project, and said the garden provides a space for people to relax, get outside and appreciate a little patch of natural space.

“Environmental sustainability is a wellness issue,” Dieterle said. “As an occupational therapist, I think about how nature and the built environment impact people’s health and wellness, so we’re really trying to create a space that feels peaceful but also creates delight and awe and stimulates our senses.”

One aspect of the Peace Garden that Dieterle highlighted was the use of plants native to California, such as sage. Six species of the shrub are planted in the garden.

“We’re emphasizing California native plants because they don’t need a lot of water, and to preserve their populations,” Dieterle said.

For the Peace Garden murals, students were asked to submit designs that would cover the front and back entrances to the house. The back mural, painted by sophomore Trenyce Tong, completely covers the back entrance and extends to the wooden stairs connected to the porch.

“I was really excited about that, because when do you get the chance to paint stairs?” said Tong, a student at USC Roski. “That was a major selling point.”

From first murals to the Peace Garden

Tong said her interest in murals started in high school, where every floor of her school featured a wall painted by students.

“Every time you’d walk by them, you’d be filled with inspiration — and then some of them were just so ugly,” Tong said with a laugh. “So, the range of how murals can affect your daily life really impacted me.”

Every time I see an empty wall, I’m like, ‘I could put a mural on it.’

This was Tong’s first stationary mural, having only ever painted on a canvas that was tacked to a wall. Painting a mural that will be affected by the elements over time was more of a challenge than her previous mural, but now she’s hooked.

Originally from Peru, Leon first painted a mural of The Jungle Book in her mother’s pediatric dental practice. While children usually don’t like spending time at the dentist’s office, Leon credits that experience with sparking her desire to bring happiness to unlikely places.

As a biology and art double major, Leon is familiar with unexpected combos. While a boarded-up house adjacent to campus doesn’t seem like a place to find beauty and relaxation, Leon hopes that her mural — as it faces the street — evokes smiles from people passing by.

“I just want to convey community, and how we can all come together in the Peace Garden and work toward building a really nice and needed space,” Leon said.